Update on shows affected by our temporary closure
To read more about Read more here , click here
You are here:

The history of Swansea Grand Theatre

Since 1897, Swansea's Grand Theatre has been providing the public with a broad range of cultural, artistic and general entertainment events. 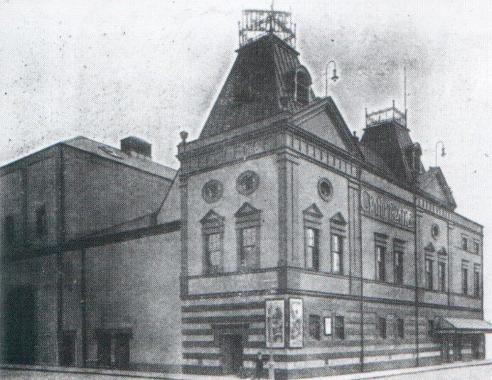 Swansea Grand Theatre was opened on the 26th July 1897, by Opera Diva Madame Adelina Patti. It was designed by the architect William Hope of Newcastle and built by D. Jenkins, erected on the site of the former Drill Hall, Singleton Street by Mesrs, HH Morell and F Mouillot.

During the theatre's early years (1897 - 1930), the Grand established itself as a venue for the best touring companies and star names of the time, with visits by the likes of Jessie Mathews, Ivor Novello, Forbes Robertson and the first knight of theatre, Sir Henry Irving - whose signature can still be found in the theatre today.

The Grand then entered a turbulent period in its history from 1933 to the early seventies with many successes and many failures including being turned into a Cinema for a fourteen year period, being sadly neglected, and having dwindling audiences mainly thanks to the popularity of television in the 1960's & 70's.

The then local authority (Swansea Corporation/City Council) came to the rescue and took out a long lease in May 1969 before buying the building outright in 1979. The City and County of Swansea continues to own, manage and fund the building today. 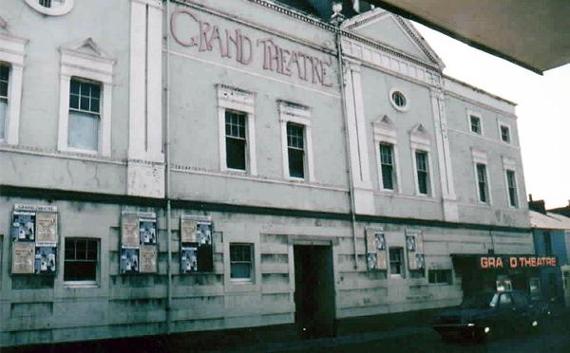 A multi-million-pound refurbishment programme from 1983 - 1987 turned the 1000 seat theatre into one of the most technically advanced and aesthetically pleasing venues in the UK at a cost of £6.5m. A further £1m in 1999 and the Grand became the proud 'owner' of a new Arts Wing (opened by Catherine Zeta Jones) that increased the space open to visitors by a third and created a new studio performance area, three exhibition areas, and a rooftop restaurant and terrace.

In 2020 Swansea Council are partnering with the Race Council Cymru, a charity that promote race equality, arts, heritage and cultural activities for black and minority ethnic communities across Wales.

Swansea Council have invited RCC to enter into a five-year agreement to create 'The Grand Hub' in the Arts Wing for over 20 multicultural groups, presenting a joint programme of new professional contemporary diverse work in the studio theatre space and around the building.